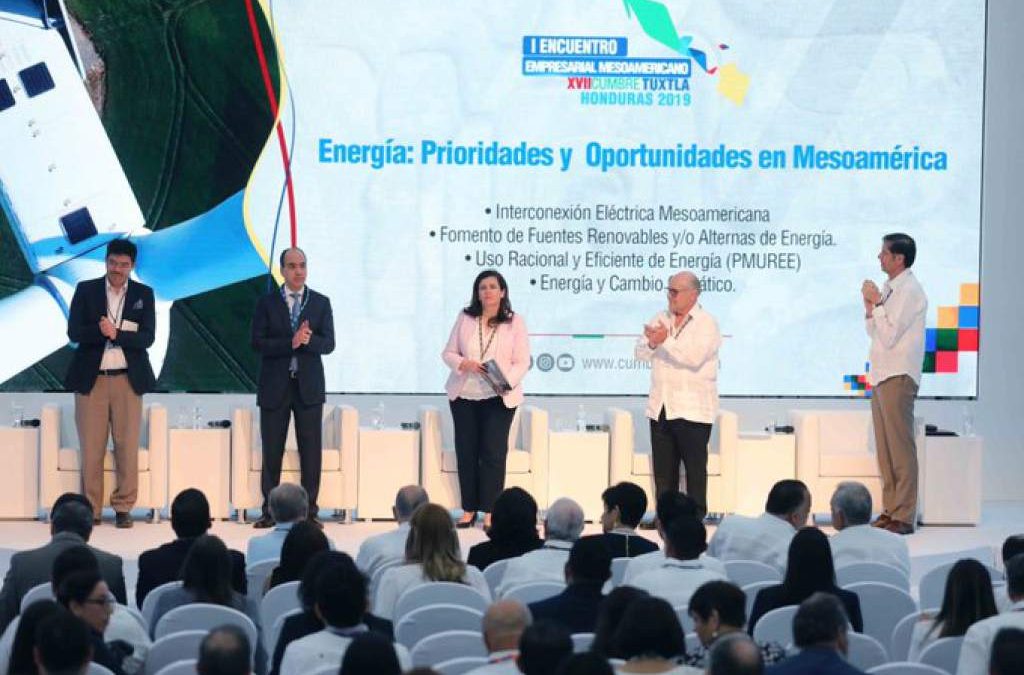 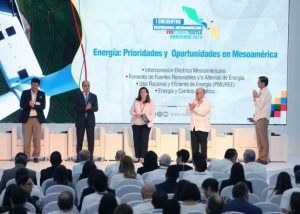 The XVI Ibero-American Business Summit began with the priorities and opportunities that Mesoamerica has in energy. The panelists agreed that the region should work on the issue of energy interconnection and that it is one of the great priorities for the countries.

More than 300 businessmen and representatives of multilateral organizations met at the First Mesoamerican Business Summit to discuss energy, trade facilitation, infrastructure and logistics.

In four panel discussions held yesterday, participants shared their points of view on how to improve the region’s economy and become a destination for investments worldwide.

The business meeting began by discussing priorities and opportunities for Mesoamerica in energy. The panelists agreed that the region should work on the issue of energy interconnection as one of the great priorities for the countries.

Emín Abufele, a businessman in the electricity industry in Honduras, said that the Government and politicians have to take their hands out of the sector, since it must be an open, transparent market where the private sector competes on equal terms to achieve the best rates for local consumers and thus make Honduras a highly competitive country.

Juan Luis Bosch, Guatemalan businessman and co-president of Corporación Multi Inversiones, said that the energy of the future “must truly be the best technology of the moment at the lowest possible cost, interconnected regionally and with international energy purchase contracts.”

In turn, Mey Lang Hung, manager of Corporate Affairs for Walmart Mexico and Central America, said that it is necessary to work on process automation for the movement of goods and services in the region.

Orlando Solórzano, Nicaraguan Minister of Development, Industry and Commerce, stated that the region must be clear about its trade objectives and convey the message to the world that Mesoamerica is becoming an integrated region.

Enrique Bello Roch, president of Grupo Comunicación Vial de México, emphasized that for the region to be more competitive and have a higher quality of life, connectivity is necessary.

The businessman said that even though there are interconnected highways there are still bottlenecks, with sections that are not in the best conditions, so a regional train is necessary.

“The train must go hand in hand with a gas pipeline, a fiber optics line and an energy transmission line, to have a linear system from Mexico to Panama,” he said.

Honduras wants to be a regional logistics hub

The executive director of Invest-H, Marco Bográn, highlighted the progress of Honduras in infrastructure as it seeks to become a regional logistics hub, during the Infrastructure and Logistics forum: Avenues for Development and Competitiveness in Mesoamerica, held as part of the I Mesoamerican Business Summit in San Pedro Sula.

Bográn said that “the vision of a logistics hub for Mesoamerica is in place” and stressed that the advantage of having access to both oceans (Pacific and Atlantic) gives Honduras the necessary conditions to become that logistics hub.

The government of President Juan Orlando Hernández “has not only sought to aggressively promote port improvement. We see a multimodal form of transport that streamlines the movement of goods throughout the Central American isthmus,” the official said.

Several experts participated in this panel, among them Kim Waigel, of Swiss origin and manager of Nestlé Honduras, who assured that what the countries of the area need to improve the logistics level is “human resources”.

For Anders Kjeldsen, regional head for Latin America of International Container Terminal Services, Inc., public-private partnerships are essential, and said that “Puerto Cortés in Honduras is a very good example” of why they work well, because “partnerships are not only of paper, they are proactive”.

Kjeldsen stated that “Puerto Cortés is a reference port” and gave the example that “before this partnership, a ship could be held for even two or three days before reaching the dock with an average duration of 16 hours. Today, when the ship arrives at the dock it is six hours. Before, a truck waited two or three hours and today it only waits 40 minutes.”

Therefore, he stressed that public-private partnerships are is the only model that works worldwide.

The Mexican Enrique Bello, president of the Road Communication Group, International Section for Central America and the Caribbean, highlighted the importance of connectivity in all senses, for example, a regional train that goes hand in hand with gas pipelines, fiber optics and power transmission.

In short, he said, “a strategic vision of connectivity” is needed in Mesoamerica.

Ana Lily Mejía, specialist in Infrastructure at the Central American Bank for Economic Integration (CABEI), and assured that the “challenge is to serve the public sector” and specified that of US $ 10 billion, 97% has been lent to this sector and only 3 % to private.”

The exhibitors agreed on the need to merge investments between the public and business sectors to improve the logistics infrastructure of Mesoamerica.

7.5 million inhabitants are the population without electrification services in the 10 Mesoamerican countries, where the rural sector is the most affected.

2.7% of Central American exports are directed to Mexico, despite belonging to the Mesoamerican region.