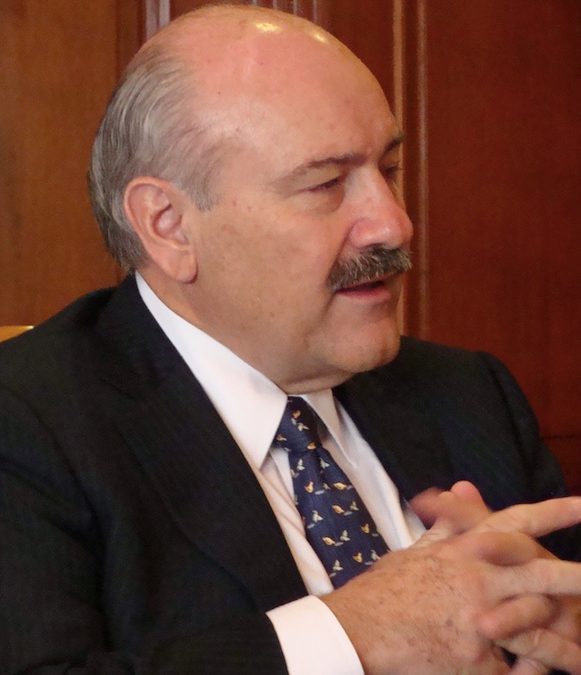 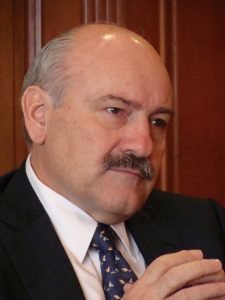 What are the financial perspectives for 2009?

To see the prospects for 2009, one would have to analyze what 2008 left behind. First off, people are always making comparisons of oil and corn prices at the international level. Oil prices had a similar behavior in 2007 during the first quarter and during the last quarter of the year they had an increase of 10 to 15%. We all thought that this did not mean more complications, all this resulted in an increase in prices in general.

What are the main business constraints you can identify for 2009?

First, when prices rise, people limit their spending and consume less, and second, as was true of all products, there has been a large loss and there are fewer consumers. This must be accepted and it is the challenge of this year that we must try to solve. The year 2009 begins with these inventories at high prices and a totally opposite effect in which we see falling prices and some of food prices, more or less stabile, similar to 2007, so less than what we saw in January, but already in that month there was a 20% variation in prices.

We do not have a crystal ball and predict what the future may hold. As for oil, it seems that, given that demand fell, prices will fall, although there will be an impact through reduction of the world’s oil production.

What will happen this year is that if that situation persists? Although no one knows the trend, one of the scenarios is that the oil market returns to normal, like the food market. In any case, in the course of 2009 we will see raw material costs going down and eventually we will see how those costs move across industries, both for iron and general inputs. We hope that at the end of the year prices will be similar to those of 2007 and certainly lower than 2008 prices.

Who, in your opinion, are the main players to stop or change the negative outlook for 2009?

We need to understand that we are all part of the solution and the government has a large part of the solution by taking long-term measures and not looking retroactively at statistics but by promoting the development of things that are meant to happen. The imported inflation that we had last year is already past. Now you have to see it on a daily basis, because it comes in all the inputs, demand for foreign currency will decline, and that will imply that local inflation will fall and so much so that some elements may be impacted, such as the prime interest rate that should drop at least a couple of percentage points, of 200 total points as they speak. I believe it to be more or less 5.5%. The prime interest rate should be there as soon as possible to ensure that banks are encouraged to lend and that funds circulate again in the traditional way. Also, of course, in the local currency, the quetzal, it means that there is not a great economic devaluation produced by pressures of monetization and that there is a very high supply of quetzals. That requires order, discipline on the part of public spending and above all, discipline to earmark the financial resources of the government for investment and not necessarily for spending. That is the way to handle the situation to prevent inflation. Of course, just as the governments of other countries have done, it is important to stimulate the economy, as they have done through the finances of large banks, to stimulate credit and also to stimulate the use of resources that are already available through the budget. These resources reach all the citizens of the country through productive activities and work, and the hiring of private companies for tasks that are of general benefit.

What banking instruments or tools exist and are available to Guatemalan industrialists and businessmen?

The banking crisis forced the central bank create preventive instruments or measures. If the prime rate goes down in January, all economic, industrial and agricultural activities will benefit. The system will no longer have a perception of contraction, but rather of greater opportunities in response to credit demands. The Federal Reserve lowered its rates, so we hope that these measures at the global level will be adopted internally for the benefit of the country.

What actions have you planned in order to counter the negative projections for 2009?

There are negative scenarios which I see as being more influenced by political mismanagement and by creation of additional problems. I would call on everyone to ponder on this so that we are part of the solution and not part of the problem. We all have to collaborate to move the economy forward as quickly as possible. We cannot approach the crisis with fear. I believe that crises must be faced, reality must be seen clearly in order to move forward; the oxen that we have to plow are ourselves. Guatemalans are stoic and magnificently hard-working, merchants, visionary and we have a very committed business sector that has always been creatively seeking solutions for our country. A fundamental part of the perspective is remittances. Guatemala receives just over US $ 4,000 million in remittances per year.

On the negative side, international banking will be requiring loans from the banks that reactivate, lines of credit will be required from all the banks in the system. We see a year of value loss ​​and the issue of many layoffs. An important consideration in industries such as construction is that demand is going to drop. It is important to mention, within the financial perspective, that there will be a reductions in the oil bill, in grains in general, in fertilizers, because all prices have fallen and inventories and shipments are going down. That will mean, on the positive side, that there is greater availability of dollars because we will need fewer dollars for these purposes.