Gutiérrez Bosch family and the search for good in Guatemala 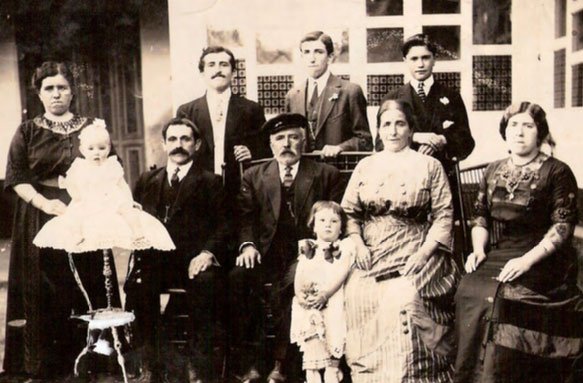 The Gutiérrez Bosch family is one of the most successful and well-known in Guatemala. Its notorious history dates back to the second decade of the last century.

Corporación Multi Inversiones (CMI) is the business consortium of the Gutiérrez family that has projects in more than 14 countries on three continents with more than 40,000 employees.

The investment made by this company contributes to the economic and social development of Guatemala and the Central American region due to the employment opportunity its businesses create.

It also promotes social programs for its employees and maintains a commitment.

“Don Juan Gutiérrez laid the foundations of the company based on the principles and values ​​ which he always lived, and which has contributed to the growth of the company”, says an official video of the corporation which presents their history.

The leadership of the business conglomerate is alternated and shared by Dionisio Gutiérrez and Juan Luis Bosch Gutiérrez, grandsons of Don Juan Bautista, who have been in charge of the board of directors of the consortium, since a family accident forced them from a very young age to take charge of the family equity.

Employment creation has been a constant in Corporación Multi-Inversiones, that has established several companies over the years.

CMI’s growth continued thanks to the good management and family strategies that have allowed them to develop and improve their products, which is why, in 1964, they entered the poultry market with the establishment of the Villalobos Poultry Farm in Guatemala.

After seven years of this development, Pollo Campero was born, the first fried chicken restaurant that has become a Guatemalan icon nationally and internationally, with more than seven thousand employees.

Corporación Multi-Inversiones entered the world of construction, which increased employment opportunities for more employees, as well as contributed to development and housing projects.

Years later, in 2004, the family corporation created the Energy Business Unit and two years later began the expansion of the Pollo Campero Restaurant chain to the United States, Europe and Asia.

The story began in Totonicapán

It all started in San Cristóbal, Totonicapán, with Don Juan Bautista Gutiérrez, a Spanish citizen who emigrated to Guatemala with his parents. It was in this place that the first business of the Gutiérrez family was founded in 1920.

Don Juan Bautista Gutiérrez became one of the most successful entrepreneurs in the history of the country when he made the store founded by his father Dionisio Gutiérrez grow.

It was a small business that met the needs of the inhabitants of the town and that over time spread to other areas.

At that time, they did not have employees. It was Gutiérrez himself who tended to the business.

Juan Bautista decided to buy the business that his father had established without knowing that it would be the beginning of a successful business empire throughout Latin America, Corporación Multi Inversiones.