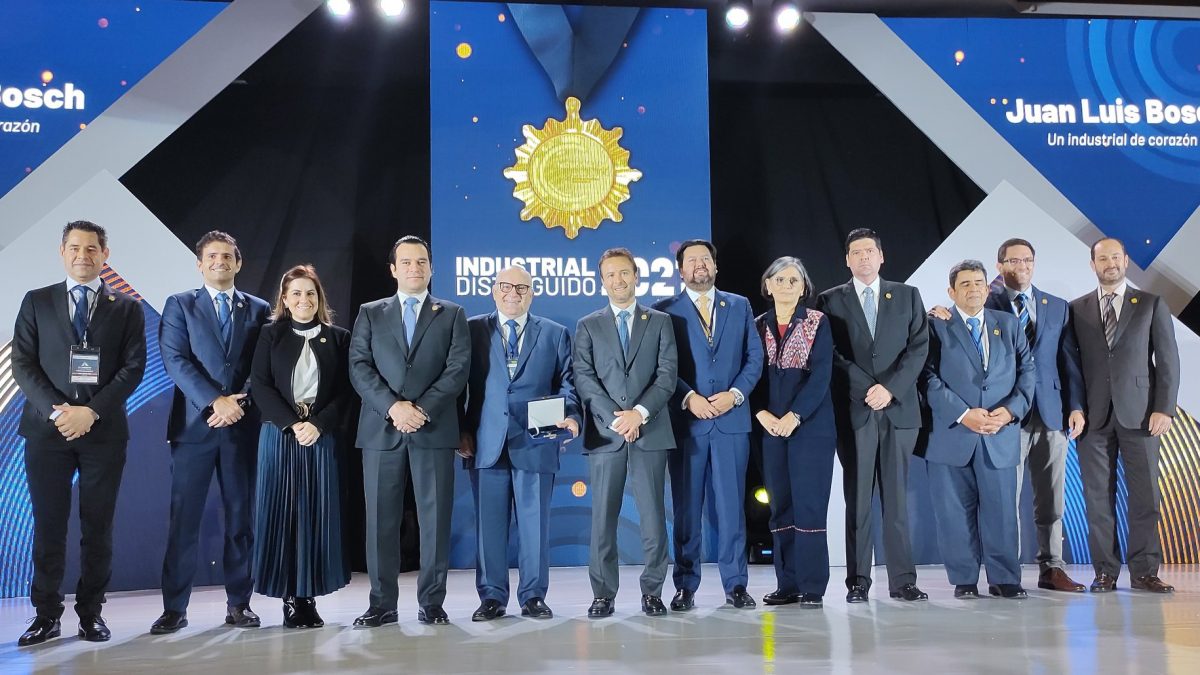 In the Guatemalan business world, the trajectory of engineer Juan Luis Bosch, Chairman of CMI Capital, of Corporación Multi Inversiones (CMI), stands out. He was recognized last November as a “Distinguished Industrialist” during the XVI Industrial Congress of the Chamber of Industry of Guatemala, which he presided from 1987 to 1989.

The event was held over three days and was attended by more than two thousand people who had online access to the various forums.

Bosch was “very excited” and moved after receiving the recognition; but he himself has made it clear on many other occasions that his success, and therefore the success of CMI, is owed to a family-wide effort. Well-known businessmen and family members, such as Juan José Gutiérrez, Chairman of CMI Alimentos, or Felipe Antonio Bosch Gutiérrez, Director and member of the Board of Trustees, 2020-2022, of the Foundation for the Development of Guatemala, (Fundesa), are therefore an integral part of that successful trajectory.

“Something very important for the growth of CMI is that we assume the responsibility of preserving and strengthening the legacy of Don Juan Bautista Gutiérrez (the founder and grandfather of Juan Luis Bosch and Juan José Gutiérrez). In short, the values, the experience and the lessons learned are our support,” said Juan Luis Bosch.

In the eyes of those who have had the opportunity to work with him, Bosch fully understands his role in the economic development of society, as well as the importance of keeping up with people’s needs. “We’re sure that the most important factor out of all those mentioned is our people,” says Bosch himself.

Expressions of admiration and gratitude

During the award ceremony, an emotional video was presented in which his family, together with CMI employees and several business colleagues, wanted to recognize Juan Luis Bosch with visible signs of affection and admiration, not only for his career as a businessman but also for his emotional and human qualities.

“So, with the encouragement that he always transmits to us, today I celebrate this well-deserved recognition. I send him a big hug and I feel privileged to be close to a great leader, but above all a great human being like Juan Luis,” -Jorge Martínez Sanche, CMI’s Director of Corporate Governance.

“My dear Juan Luis, I can truly tell you that the tribute you are being paid today is more than deserved. All the time I have been able to share with you at school, at university, in the Chamber, of course. (There were) very difficult times, but at the same time, ones in which we learned a lot and became good friends. We love you very much, we congratulate you and of course I will be there to give you a hug, a strong and affectionate embrace in advance,” said Alvaro Castillo, former president of the Chamber of Industry of Guatemala and the Coordinating Committee of Agricultural, Commercial, Industrial and Financial Associations, CACIF.

In other words, these are the aspects that define this executive’s concept of success, the same ones that govern his spirit of action every day. In this way, the creativity and curiosity that he deploys every day in his work are the same ones that have accompanied CMI for over 100 years.