Juan Luis Bosch is recognized for his career and business commitment 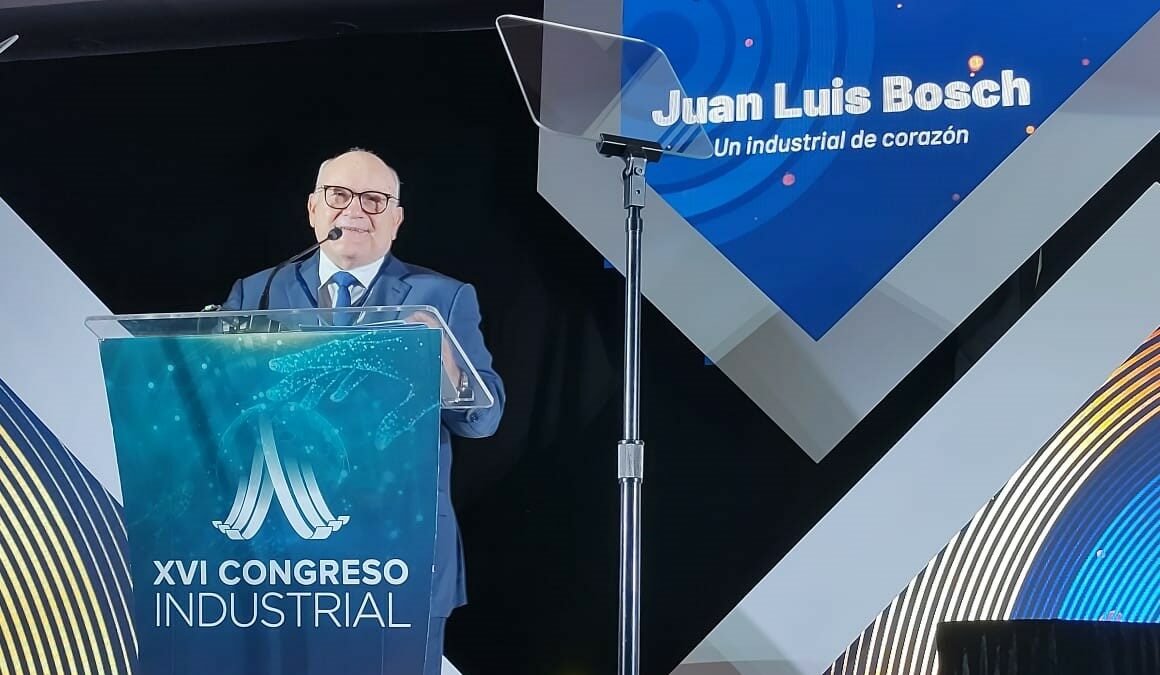 Guatemala, November 2021. After a wide experience and with his evident commitment in his work for the region, engineer Juan Luis Bosch received the deserved recognition as Distinguished Industrialist by the Chamber of Industry of Guatemala during the XVI Industrial Congress, where he was described as an optimistic, hardworking, visionary and determined businessman; one with impeccable ethics and the conviction to always go forward.

Juan Luis Bosch is Chairman of CMI Capital, a business unit of Corporación Multi Inversiones (CMI). Together with Juan José Gutiérrez, Chairman of CMI Alimentos, they lead CMI, a corporation that generates development in the region and employment for more than 40,000 people.

During the event, Juan Luis Bosch expressed gratitude for the recognition, and stressed his commitment to continue providing support and encouragement for the continued generation of development in Guatemala and the region.

The XVI Industrial Congress was held over 3 days, and was attended by more than 2 thousand people thanks to the virtual modality that was implemented. The CIG also presented awards to six companies that have stood out for their impact on the environment and in the field of innovation.

Raúl Buscayrol, vice president of the Chamber of Industry of Guatemala (CIG), said that the XVI Industrial Congress is an example of development and innovation. He also stressed that the industrial sector promotes the virtuous circle to improve the living conditions of the inhabitants of Guatemala by the generation of more companies, more employment, and better incomes.

With information from: Centra News and República